Sharna Granger, Williams' mother, was a housewife during Williams childhood and looked after her 4 children as best she could. Unfortunately she was also prone to affairs, which often became public knowledge and caused tension in the Black-Granger family home. Despite her being known as a whore by the local populace she was adored by William and her other 3 sons.

Anthony Black was a miner by day and a drunk by night. Believing firmly that there was nothing wrong with hitting his children he was not the greatest of fathers. The beatings he inflicted on his children were always blamed on the drink, and his family accepted that and loved him despite his actions.

Because of his mothers constant affairs and his fathers heavy drinking Anthony and Sharna constantly seperated and got back together. They were a couple who were destined to be but never should have been. Over the years Anthony and Sharna spent more time apart and seperated then they did together and their marriage turned into a series of seperations and reconciliations.

William was conceived during one such reconciliation and born during a separation. Raised by his mother for the majority of his life he saw his father only during their reconciliations. Despite being raised by his mother he was not what you would call a “mommys boy”. Fiercly independant he rarely relied on his parents and instead made his own way.

A particularly stressful period of his childhood was during the breakdown of his then brother Gerrard Black-Granger at the age of 15 (William was 12 at the time), now Gael Black-Granger. Gerrard was a very cheerful child until that year when he contracted a fever that kept him in a constant state of dilerium.

It was during a hollucination that Gerrard tumbled down a cliff and suffered extreme head trauma, this injury resulted in him developing multi-personality disorder or MPD for short. Over the course of the year things reached a climax when Gerrard had 7 personalities, one such personality saw Gerrard locked in a raw materials refinement chamber while oxygen was being drained; This led to brain damage and only one personality surviving. The personality, Gael Black-Granger, was also predisposed to hullucinations for a great many years later until Greg paid for the neccessary medical treatment.

The treatment was a success and the hullucinations stopped, though the Gerrard personality never re-emerged as planned and instead the remaining Gael Black-Granger underwent a sex change operation (as the personality was that of a female). The operation for the sex change led to memory loss and in the future when Gerrard/Gael were to re-meet William would have to introduce himself to his elder brother/sister.

Spending most of his childhood either working in a local bar or out stealing from shops. William was labelled a criminal by the age of 13 and despised by the local community. William put on the mask of a hooligan and wore the bag of civil disobedience with apparent pride, but deep down he was extremely unhappy. His brothers were off making their own way in the galaxy and he found himself alone.

When his brothers did return from Imperial service to see him he was generally calmer and shadowed them wherever they went. Although he loved this time with his brothers they were not the best thing for him. His brothers firmly believed he should be able to defend himself and by the time he was 16 he was well versed in martial arts and knew how to operate most weapons.

This only fuelled his life of civil disobedience when his brothers were away he moved slowly from stealing to gang life. From the the age of 15 until he was 17 William was a member of the Kathol Capos, a gang which focussed on extortion and organized fighting. Although a profitable life it was one he came to realise he wouldn't live long if he continued his life of violence and crime.

After leaving the Kathol Capos William searched desperately for a new life and found it in the form of religion. Dedicating himself to the ways of the Tisue Order he shed his former life. His religious beliefs and his dedication to justice led him to the Diversity Alliance. 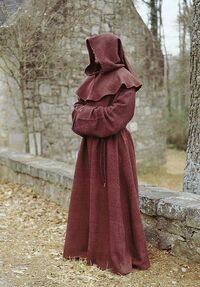 Upon joining the Diversity Alliance William worked as a monk on Tatooine. Dedicating himself to aiding those who had been wronged by the Hutts he found himself healing and preaching the word of Tisue to the masses. His presence was even requested by Hombala the Hutt who was interested in the Tisue Order, although Hombala did not dedicate her life to the Tisue Order when she found out that wealth should be shared with the less fortunate.

With his strong beliefs of fairness and justice William found himself being drawn to the Imperial way of life. Initially believing he should join the Empire he saw the likes of Goth infesting the once glorious Empire and decided against it. Instead he followed his brothers (Greg and Dan) and joined the New Imperial Order. 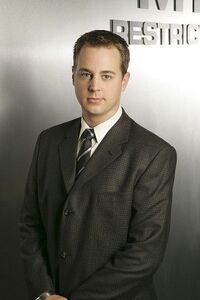 William had been inclined to join the Galactic Empire and serve the Emperor but ended up joining the New Imperial Order so that he could serve with his elder brothers. Upon arriving on Kothlis and preparing for a life in the New Imperial Army he recieved word from Greg that Dan had been executed by the Imperial Security Bereau.

William had always knew Dan was spirited but the news was shattered him. He entered the Army at the rank of Sergeant and for a few months things went fine. He was able to control his disdain for his new superiors and tried his utmost to focus on working for his eldest brother (Greg) who was his direct superior.

This worked well for a while and led to William being sent on Operation "Dawn Chorus", working undercover as a monk he worked primarily on gathering intelligence for New Imperial forces on the planet. He also dealt in disrupting enemy activity and undermining opposition efforts.

It was not as clean cut a mission as everyone had initially thought. During the operation William was forced to lock roughly 100 civvies in a basement where they were left to rot. He also assaulted a New Imperial Governor and rescued a small girl (Grace Black-Granger) who was adopted by his eldest brother and his wife (Greg and Kate Black-Granger).

Despite trying his best to get along with Sola Tao, someone his elder brother Dan hated, he eventually yielded to his hatred of her. Viewing her with disdain things came to a head when he had his subordinates on parade on the orders of his 1st Lieutenant Black-Granger (Greg). He found himself having a very public disagreement with her. The disagreement itself was pathetic and pointless but it would be the final straw for William.

Serving (or struggling as some would say) for several more months he finally gave up trying to adjust to the New Imperial Orders way of life and left. A month or so later he was contacted by the Imperial Security Bereau and was informed that as of the day he resigned his commission he was demoted to the rank of Corporal. 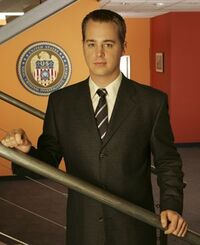 After leaving the New Imperial Order William found himself at a loss, he had left his family and had no apparent future. He had left his religion behind when he left the Diversity Alliance. He still believed in fairness, justice and honour but where could he best apply them? He decided that a military life was not for him. So he set out in search of a new home. Somewhere that had Imperial ties, was honourable and where he could best apply his skills

Being drawn to the BlasTech Corporation he found an intriguing mix of people, led by a former Imperial Moff (and being formerly being owned by the Galactic Empire) he found his home. Wasting no time he begun teaching in the BlasTech Academy. Rising to Academy XO within a very short space of time.

Retrieved from "https://compedia.fandom.com/wiki/William_Black-Granger?oldid=19082"
Community content is available under CC-BY-SA unless otherwise noted.