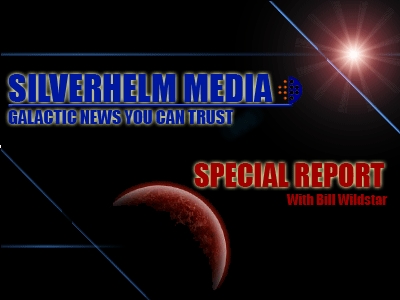 The angle of the camera zooms in from the darkness of space. Several small lights can be seen moving in the distance, coming closer at break-neck speeds. Each ship comes into view as either a YT-510 or YT-2000. As they fly by in a blur almost too fast for the human eye to see, the camera pans over to show Bill Wildstar standing, dressed in a tailor-made suit.

"Greetings to all. As you know who I am, I will not waste to much of your time. Many years ago Midge Cellewan started the celebrated racing event called the Kessel Run. Later, the race moved with him to the Corporate Sector, and was renamed the Corporate Run. Sadly, Midge has found himself far too busy leading CSA as its EXO to organize the run this year. But do not worry, race fans! During many holo-conferences with Midge, We agreed that we can not let this proud tradition lapse. The Corporate Run must go on." 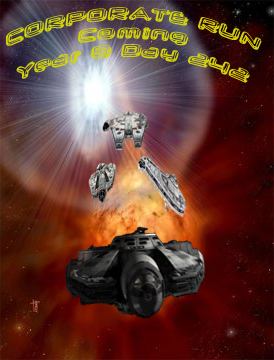 Retrieved from "https://compedia.fandom.com/wiki/The_Corporate_Run_-_Year_8_Day_191?oldid=15653"
Community content is available under CC-BY-SA unless otherwise noted.