The Antarian Rangers began their legacy as a droid producer and then later a paramilitary support group for Jedi Force-users. While they have never been an official part of the Jedi Council, their history with that body has left a lasting impression in their battle for the freedoms of all sentient beings. The early beginnings were both fruitful and disastrous. The development of the partnership between the Jedi Praxium and The Antarian Rangers was to have been a high point in the organizations growth; however, internal deception and betrayal was to bring TAR to the brink of extinction. Only by the faith and perseverance of a few was The Antarian Rangers able to survive to the present day. 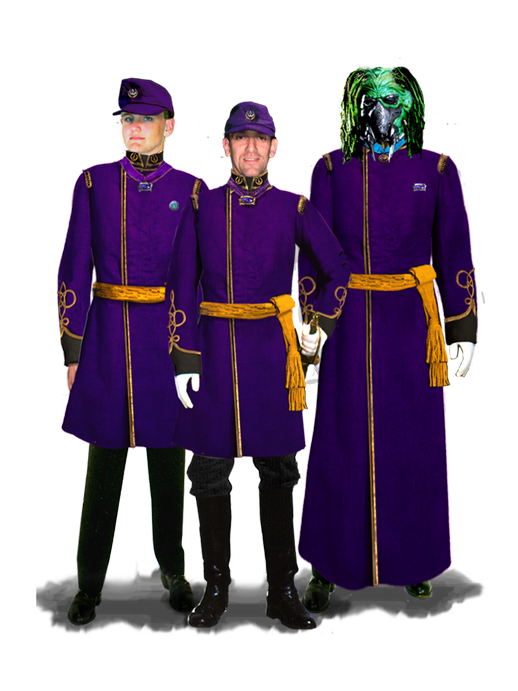 The Antarian Rangers began their legacy as a paramilitary support group for Jedi Force-users. While they have never been an official part of the Jedi Council, their history with that body has left a lasting impression in their battle for the freedoms of all sentient beings. The early beginnings were both fruitful and disastrous. The development of the partnership between the Jedi Praxium and The Antarian Rangers was to have been a high point in the organizations growth; however, internal deception and betrayal was to bring TAR to the brink of extinction. Only by the faith and perseverance of a few was The Antarian Rangers able to survive to the present day.

The Antarian Rangers are a unique paramilitary organization of non-Force-users who, unlike many citizens of the galaxy, do not fear the power of the Jedi and actively assist them whenever possible. The Antarian Rangers dedicate their lives to acting as support troops for the Jedi, and are deployed in reconnaissance and covert operations to make the work of the Jedi easier.

The Antarian Rangers began as just a dream among some of the more alike minds of the Hapes Consortium. These select few no longer satisfied with the neutrality of the Hapan Government, and grew weary of the endless bureaucrats and politics that clouded Hapes. They eventually reached an agreement with King James, and struck out on their own, opening up some droid factories on Lorell. Droids were a good start, but it was just the first step to becoming the Rangers. They'd need droids to even the odds against them, and droids production was very profitable. While credits were never a priority of the Rangers, it took quite a bit to reach their ultimate goal - a paramilitary group the likes of which the galaxy has never seen before.

After a fairly short time in the droid business the Rangers had all the credits they needed and an army of droids to command. They sold off all the factories and converted full time to Security and military work, pledging their allegiance to the Rebel cause and swearing they wouldn't rest until the tyranny and oppression of the Empire was eradicated. In addition to this less-then humble goal; The Rangers also vowed to stand up for honor and integrity, two qualities that were lacking in this lawless and chaotic galaxy overrun with pirates, thieves and murderers.

A time of brotherhood with the Jedi Praxium followed, a time only too short. It abruptly ended with the sudden disbandment of the Praxium and in the following time the Rangers focused on their goals - alone...

03 2004 - 07 2004: Ranger One: Samus Augil Samus the jawa Jedi and his Padawan Maximus Archer.decided to leave-taking over 120 million worth of ships and credits with them they turned to the dark side. Leaving many innocent Rangers stranded in their ships.

07 2004 - 08 2004: Ranger One: Choibacca Antaria Choibacca took over temporary Leader after Samus, and wanted to disband TAR, he was hot on the trail of hatred and spent most of his energy on Samus as a traitor in GNS. He left and so did most of Antarian Family.

08 2004 - 01 2005: Ranger One: Dedrick Rogue Dedrick Rogue led the last stand and with several Tar members mainly cadets (Von Krolok, Jack Darooky, Andrew Bodowski, Deakon Jarvis, Kyle Navras, Ranos Jolpar) stood behind him and said they wanted to carry on the cause. Rogue was voted in as next leader. Under Rogues leadership, Tar had new logo, banners and updated sigs as well as the Jedi Praxium. The old logo became a badge; Tar became more active and improved.

01 2005 - 02 2005: Ranger One: Tine Darky Tine was an unexpected leader thrown in on the disappearance of Rogue. The pressure she took all of it personally, and she left the job and our faction (was engaged to Terak Falcor).

02 2005 - 04 2005: Ranger One: Garik Vordarian Vordarian, transferring over from JP due to last changes in which JP was going to be civilian and TAR military, was thrown into the job, though competent, administration was not his liking.

04 2005 - 11 2005: Ranger One: Deakon Jarvis At this time Deakon was approached, very honored, and wondered if he was the best to fill the job, lacking in a lot of skills. Over time he developed a library for TAR history and managed to hold the rangers together after the Praxium was disbanded. Unfortunately, he had to step down and had elected his 2IC, Rhys Skywalker to head the Rangers.

Year 7 Day 303: Ranger One: Rhys Skywalker After a long and productive term as Ranger One, Deakon Jarvis decided to step down into retirement leaving Rhys Skywalker as Ranger One. Skywalker began a massive construction program that boosted TAR's power and income. He also helped found The Sons and Daughters of Freedom and bough Outer Rim Excavations. Unfortunatly between pressing personal matters and a breakdown in communication between divisions within TAR, Rhys was forced to step down as Ranger One.

Ranger One: Daktal Hearst Another short, quiet reign for a Ranger One. Daktal Hearst's only notable contribution to the Rangers was opening the different departments allowing them to comminicate more freely, thus allowing the Rangers to operate more efficently. He also restructured to chain of command to streamline the organization. Having accomplished what he wanted, Ranger Hearst stepped down and ceded power to Liam Helmrow.

Ranger One: Liam Helmrow Liam Helmrow stepped in as Ranger One and began a massive program to reorganize and restructure the whole of TAR. His first act was to bring home all ships and vehicles to secure all of the Ranger's planets. Soon all of TAR was active as never before. He pulled the members together as a family and forged them into the force they are today.

Year 9 Day 250 (+/-) Ranger One: Char'Kargis Olort Another rough patch for the Antarian Rangers led to Liam Helmrow stepping down and handed the reigns over to long time Ranger Char'Kargis Olort.

Services The Antarian Rangers are a security faction and therefore offers quite some services to you ranging from escorts to mediation and security. All services are 50% up front and 50% at the completion of deal, this excludes construction which requires the cost of Raw Materials upfront minimum.

TAR also frequently trades so for information on deals we currently have going Contact the current Trade Department Leader.

Stop right there! Don't let this opportunity pass you by.

To be the best we have to get the best, do you think you have the right stuff to be a Ranger?

The Antarian Rangers is not for everybody. To be a Ranger is to be a breed apart in both mindset and actions, for a hard and dangerous road is faced and only the best survive.

We train hard, fight hard and celebrate victories even harder.

For a Ranger craves not money or other material gain, nor does a Ranger desire the glory and accolades of the battlefield.

A Ranger strives to earn the respect of fellow Rangers through actions of Honor and Valor, for there lies the true rewards. To know that you are part of a team dedicated to making a difference for the better of the galaxy. That is what we do, working to form an unstoppable juggernaut of Justice and Order.

An Elite dedicated to staying the best! The Antarian Rangers.

Ships and training provided and submitting your application is simple

Simply do it by clicking factions-> join faction -> The Anatarian Rangers

You will then receive further instructions on how to complete the joining process.

Community content is available under CC-BY-SA unless otherwise noted.
Advertisement