Mour Bonaventure is a Toydarian male, originally from the planet Toydaria.

Mour is, as most people know him, in many ways a large male Toydarian. He stands at 1.7 m (5'7") and weights in at about 185lbs, tall for a Toydarian but not one that is heavy. Other than his height and weight, Mour is known for his regal garments and behavior, as he chooses to dress and act like the prince he is whenever in Public. He sports the best garb money can buy from Toydaria and has personnel to keep his valued tusks extremely well polished.

Mour Bonaventure was born on the Toydarian home world into one of the many royal merchant families on the planet. The Bonaventure Family, Mour's family, had ruled the Kingdom of Malinois on the planet for hundreds of generations. These factors alone caused Mour to have the upbringing most aristocrats only dreamed of. Mour received the best education available, and was a child in the pursuit of knowledge. The subjects that interested him most included economics, mathematics, and foreign languages. His parents were able to select from the best tutors available on the planet. Through this education Mour has been able to become fluent in many languages, including Galactic Basic, Huttese, Durese, and Rodese.

Mour's father was one of the most renowned and distinguished Toydarian traders as well as a loved monarch of Toydaria. The entire Bonaventure Family were revered on the planet until their success grew to large and rivaled a competitor Hutt's business, The Hutt Cartel. A coup d'etat was successfully carried out on his father as well as the CEO's around him, leaving Mour's older, but weaker, brother to run the Kingdom. However, the Eidola Pirates later claimed the system, making it impossible for the family to carry on with an honest economical monarchy. Mour believed it was time for his family to finally expand their kingdom to a more secure and safer environment, one off of their home planet. With the Bonaventure family blessing, Mour left Toydaria on his own to find a new home for the Bonaventure line and the Kingdom of Malinois.

While wandering from planet to planet, in systems all over the Galaxy, Mour Bonaventure became a man. He eventually ended up working and supporting his family while they suffered back home. By the beginning of Year 9, Mour entered the ranks of the Confederacy of Independent Systems and became an important member of the Commerce Guild. Since he seemed to be a naturally great pilot although never studying it at school, Mour was quickly promoted up the ranks. He began as a recruit, became an Experienced Pilot in a matter of months, and then finished as an Elite Pilot able to proceed in the most dangerous and complex missions. Mour then went on to manage the Humanoid Resource department under Jetsi Seejay, but he decided that it would be best if he stepped down after the presidents retirement.
The generous salary given by the Commerce Guild has given Mour the ability to generate a large amount of credits. With each paycheck Mour received, he would always send the bulk of the funds back to his family in order to help them survive on the now corrupt planet of Toydaria. Although they wouldn't leave with him, he still took care of them.

The mysterious message came from Mour's mother, Queen Latva Bonaventure. In brief, Mour's brother had fallen to Eidola corruption, and the government had become a puppet to the pirate's hand. Mour's assistance was requested immediately in order to dethrone his brother and restore order. Mour arrived on the planet in secret to begin the plans for rebellion. Gathering allies quickly, due to the financial support provided while in the Commerce Guild, Mour gathered a strike force. In a swift and successful clash Mour and his team executed his brother and the Eidola representative in the royal city. Fearing Eidola retaliation, Mour gathered his family, allies, friends, and loyal subjects into a small fleet, and set course for Glythe...

The Bonaventure Royal family, with Viceroyal permission, is now set with foundations on Marthril. These new cities have generated far more wealth than any project undertaken, since King Jarod II's massive city expansion projects following the War of the Noses. The most important of Mour's projects was the construction of New Malinois, the new capital and location of the Bonaventure Royal Palace. Shortly after, a coronation ceremony incurred. Queen Latva crowned Mour: King Mour Bonaventure, the first "Confederate King" of Malinois. Mour's first act as king was to name Kran Chan his Count. Now, Mour can work with his family to ensure their dynasty survives -- while continuing service to the Confederacy.

After the crowning ceremony and setting up his governmental structure, Mour enlist to join the Confederate Recycling Company as an engineer. Recycling is obviously a new occupation for the King, but Mour is eager to learn all aspects of the Galaxy. After learning the basics of recycling, Mour was forced to move on for political reasons... 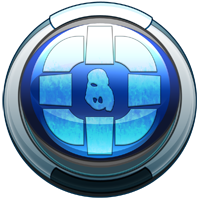 The Kingdom of Malinois was founded, long ago on Toydaria in the south-western region. The families of Bonaventure, Eleutherae, Nox, and Nell combined their respective "clans" to form one kingdom. At first there was much tension between the four families. However, that changed quickly with the start of the War of the Noses. Four other neighboring clans made a pact, in fear of this new kingdom. This developed into a vicious war which lead to many casualties on both sides. Eventually, a leader rose from the chaos: King Jarod II of the Bonaventure family. After the death of his father, Jarod I, Jarod II was set on revenge. Gathering his forces Jarod II decisively brought an end to the war. Typically, after a war there is a depression on Toydarian because all of the males are home with no work to do. Although in this case, Jarod II enlisted them as engineer's and began the biggest construction project in the Kingdom's history -- doubling the Gross National Product of the Kingdom. This stabilized Malinois, and gave it international recognition as an official Kingdom of the planet.

The Kingdom of Malinois was rivaled by the Kingdom of Milla; they were 3rd and 2nd respectively in terms of military dominance on the planet as well as 2nd and 3rd respectively in terms of economic dominance. Malinois controlled the south-western part of the planet while Milla controlled the western part. The border between Malinois and Milla was always a point of tension between the two Kingdoms as the Malinois believed that the Milla stole a substantial amount of property from them giving the Milla the highest planetary control, the Milla, on the other hand, believed that the Malinois were conspiring to seize control over the land. This lead to militarized border, in case the other tribe initiated war.

Another rivalry was created over the economical power that was possessed by Malinois. As the most dominant military force on the planet as well as the most dominant economic force on the planet, the Kingdom of Katuun had the most control of the planet. Many people considered them the real government of the planet. As Malinois grew they began to come out as a competitor in the race for economic supremacy. Since Katuun was situated in the north-eastern part of the planet, their military power was useless in suppressing the growth of Malinois. However, a pact was made between the Malinoisians and the Millians that if the Katuuni ever were to attack, they would look out for the west. It remains to see whether this pact would have been followed by both parties.

The inner politics of Malinois has traditionally been called B.E.N.N. politics in commemoration of the royal families that govern each province. The capitol city also named Malinois was considered the second most economically driven city on the planet, second to the Katuuni city of Katuunko. The Bonaventure Family controlled this as well as the surrounding area and it was named the Greater Malinois Area, "GMA". The Eleutherae Family controlled the most dangerous area, the northern border region. They were the ones who constantly dealt with the ongoing trouble with the Millians. The Nox Family handled the eastern border regions and dealt with the small Kynnovan nation. To some the Nox Family controlled Kynnovan affairs more than the Kynnovan government did. The Nell family constantly ravaged by internal wars were spread out among the other cities but are still considered as a Malinois royal family.

Awarded for demonstrating honorable behavior consistently beyond that expected of personnel in the Trade Federation.

Retrieved from "https://compedia.fandom.com/wiki/Mour_Bonaventure?oldid=17953"
Community content is available under CC-BY-SA unless otherwise noted.