Markus Oblivion is looking for work.

Father a pilot and mother a nurse, Markus rarely saw his parents. Throughout his childhood Markus saw the good and the bad of his home. After graduating from high school Markus attened college and dropped out after a year. He met Diana Oblivion, they dated and Diana soon became his wife. Their union became a financial opportunity. They pooled their wealth and began the Oblivion Cartel. Soon the Cartel gained support of many New Imperials and so they joined the New Imperial Order.

Markus was an excellent pilot, and moved quickly through flight training. He had flown with his father on many occasions in the past and this gave him a solid foundation to handle any type of ship. This made him over confident and at times reckless. Academy Instructors challenged him and chanelled his energy to become a more responsibile pilot and apart of a team. Markus graduated from Flight School as a Flight Sergeant which was a notable accomplishment. 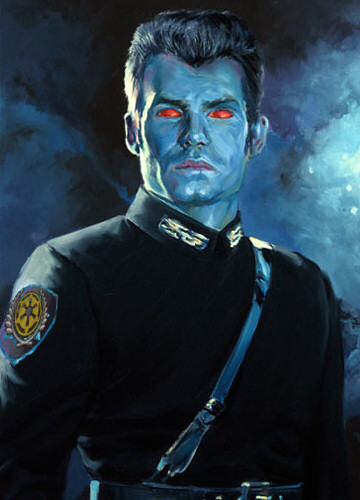 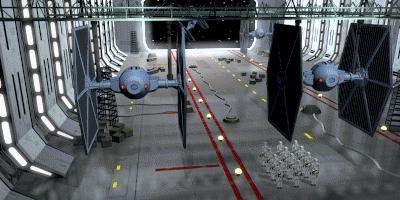 Upon graduating from Flight School Markus was given orders and began a series of missions into the vastness of space. After long hyperspace jumps and countless hours of work Markus returned to Kothlis. He rejoined the Fleet and then he was granted leave to be reunited with his son on Mon Calamari.The Syndicate controlled Mon Calamari was a danger place; he had to move quickly. When he arrived Markus learned that his son was living a crime filled existence. Markus did what he had to do to save his son. He arrested his son and brought him back to Kothlis to start a new life. Markus' work allowed him to be promoted in record timing. Soon after a few missions Markus achieved the rank of Flight Officer.

Markus served in the New Imperial Order for some time. He left the order and stumbled upon Lady Joni Yuma and her faction, Dragon Transport. Soon he excelled and became Joni's right hand man; Markus was named Leader of the organization while Joni owned it. Markus claimed the Title High Quarter Master, he soon met Arach Legend the Head of Security, Squall Chitose and Anton Von Traken. They became the power house of the faction. After two months of service the "Power House" had almost 10 members.

Darkness....Then the Flash of Brilliant blue light. The jump to light speed was as always awe inspiring. Markus arrives at a desolate volcanic planet and boards an awaiting B-23 Courier and takes the ship to orbit and into hyperspace. Markus arrives out of hyperspace in Pentastar Alignment space. The brilliant array of hulls in the system was an jaw dropping experience for Markus. The last time he saw such ships was in the New Imperial Order. Markus happily enters the coord to move to on his control panel and boards a Pentastar Alignment ship and awaiting inside is his Executive Officer and Fleet Members. They all snap to attention and salute. "At ease,lets get moving." The Chiss disappears into the crowds on the ship.

Upon leaving DATS, Markus and his men went to The Pentastar Alignment.Together they formed the Fourth Battle Group. The Dreadnaught-class Heavy Cruiser TPA Athena was assigned as Flag Ship of the Fourth Battlegroup and Markus' Ship. He is seen patroling his Sector Diligently with his Executive Officer Anton Von Traken. The Fleet is stationed in the Seswenna sector capital system of The Pentastar Alignment,Ruling Member of the Moff Council Moff Zavior Davik commands all military and civilians persons in the Sector.

lThe Oblivion Cartel was founded by Markus Oblivion. After meeting Cal Varos they became close friends and Allies. Markus’ wife, Diana was a silent partner in the Cartel. When the time was right he brought her out of the shadows. The four partners worked together as allies. Markus moved to the safety and protection of the New Imperial Order where Diana and Markus both graduate from the New Imperial Order's Academy. With high skills and being veterans in playing the game the Oblivion Cartel offered the lowest prices on goods and was dedicated to customer satisfaction. After some months the Cartel broke up to continue with other goals.

Diana, Markus and Trebonius Oblivion decided to form House Oblivion. Markus at the helm is Lord of the house, Diana wife of Markus is Lady of the House. Trebonius is young and learning the ways of the Galaxy and thus stays by his Fathers side and travels over long journeys when asked. Much against Diana's wish's Markus was forced to kill their Firstborn, Argon the "Golden Child" they had raised had turned into a Pirate on Mon Calamari.

Diana was captured and killed by her own son. Her dieing words were for her husband and son to not fight. But fought they did for a time until they both came to realize that they had better thigns to fight over. And so Together they burried the remains of a Mother And a Wife.

Markus quickly began becoming bored of his work and began dealing with drugs and constant smuggling operations and a few other things. In a few areas he almost died and was becoming increasingly unstable. Though his medical droid moniters him daily he is still warry of his Ryll addiction he had earned. Durring this time he came to know Xema Zezima the two quickly fell in love and are running their own Non Faction Groups. Markus slowly began to form close ties to various criminals, Moffs, CEO's and traders. As his list of allies grows longer his list of enemies grow shorter. Stopping at nothing to achieve his goals and answering to almost no one save his fiance. Markus and his men may be a powerfull force to be reckoned with.

Markus was happy with his growing House. Engaged to the wonderful Xema Zezima he flourished. Trades and credits flew in as he planned on how to spoil his family. Until a betrayal.....Someone had sold information on the Oblivions. Markus and his allies scourge the Galaxy looking for information at times brutally... In a desperate attempt to save their own Markus jumped to light speed to Hapes to attempt to save his friend. As he sends his forces to the hidden base he gathers what he can and helps hunt down and kill all spies he can find. Thier hidden station is now their hide out the new organization Black Bha'lir (BB) was formed.

Ryll.....so small yet addicting and powerful kind of like BB Markus had thought to himself in the beginning. His ship was seen frequently being visited by Zaltais Xal the notorious gangster and Drug Lord. Constant supplies and credits pour into Zaltais Xal from his never ending drug dealing as the Black Jokers Mercenary group grows so does the connections to BB. The Galatic Frieghtways faction that had opened was 'raped' on the same day it was opened thanks to Markus. Upon gaining privileges to do his bidding he struck home quickly and had walked off with over 50million in assets.

Stunn Cuffs in a Backpack

Retrieved from "https://compedia.fandom.com/wiki/Markus_Oblivion?oldid=19507"
Community content is available under CC-BY-SA unless otherwise noted.