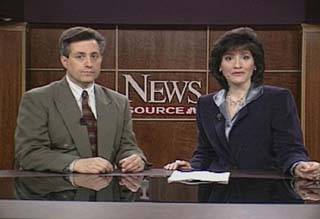 Johann Smyth: Greetings, I am Johann Smyth and this is my colleague Eva. Welcome folks to a special edition of our show. Senator Malakai Brooks of the Kathol Republic is about to make a statement denouncing claims made today by Echuu Shen-Jon.

Eva: Thanks Johann. Earlier today the GNS carried a feed of Echuu Shen-Jon making allegations about how the Kathol Republic acted in several legal cases. It appears that Senator Brooks felt he should openly respond to Echuu to nip the public spread of misinformation.

Johann: Ok folks. We have the feed from Kathol. We are now taking you live to the heart of the Kathol Republic. Thanks for watching.

Consul Malakai Brooks: Good day to sentients across the galaxy. Echuu was not and is not in a position to make assertions about the legitimacy of arrests and executions carried out by the Kathol Republic.

The Kathol Republic is a sovereign nation. Decisions made by our government are made with the best interests of the Republic in mind and carried out within the framework of our laws.

Let me direct sentients of the galaxy to the special section of our legal code. The title of this section is treason. Here we define our perception of what constitutes treason.

Keep in mind that we do not force individuals to join us. How the Republic operates - its laws, system of government and culture is open source information. We do not hide this from anybody.

Treason, in the Kathol Republic is the -- and I quote--violation of allegiance toward one's country or sovereign, especially the betrayal of one's country by waging war against it or by consciously and purposely acting to aid its enemies.

Joining the Rebel Alliance is an overt violation to the allegiance to our nation. It is no secret that we are friendly with the Galactic Empire. It is also no a mystery that they are at war with the Rebel Alliance. Once we found out that Zen was joining a rogue faction which is dedicated to destroying the Empire we took action to eliminate a possible threat to our friend. While we do not actively seek and attack members of the rebellion against the Empire it is clear Zen violated the code of the Republic. Leaving our faction to aid and assist the rebels is an act of treason against the Republic. Kathol is dedicated to not attacking the Empire and Zen was committed to attacking them. It is that simple. We took preemptive action and Zen was killed for an action of treason. He was joining an armed faction and constituted a potential threat. In this case, a provision was made for our agents where they were authorized to execute at their discretion.

In the other case, Xander had a fair trial and that is more than most governments provide. Yes, we have capital punishment, but we did provide him a fair trial and a forum to prove his case. Unfortunately for Xander he was found guilty then given the maximum sentence and was executed. That's the end of the story.

This individual who is speaking out of turn has been trying for ages to attack the Republic he once served. Behind the scenes by some he was called a freeloader. I am of the opinion that regardless of how he acted, what is important is that none of the claims made were stated by someone who is qualified to make statements regarding the Kathol Republic. I sincerely hope people pay attention before speaking.

Thank you for your time.

Retrieved from "https://compedia.fandom.com/wiki/Kathol_rejects_false_claims?oldid=10780"
Community content is available under CC-BY-SA unless otherwise noted.