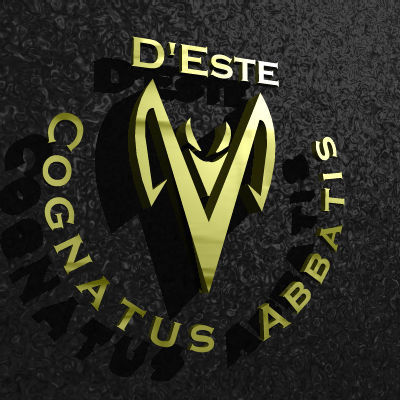 Azzo was the count of three cities in the planet Falleen, and he was married three times. Product of each of his marriages, were three sons: Welve, Fulco and Xugh. When Azzo died, his sons inherited the title of count in one of the cities his father used to rule: Welve became count of Ry’aak, Fulco became count of Mexxion and Xugh was declared count in Aguasha.

Despite the long lifespan of the Falleen species, Xugh (the youngest of the three brothers) died rather mysteriously. Aguasha was left without a count, and the two brothers blamed each other for the death of the young one. Mexxion and Ry’aak soon were submerged in a diplomatic war.

They resorted to every mischievous intrigues and plots from every kind to get Aguasha under their command and, at the same time, take some merit away from the other brother. But the efforts of both bands seemed futile.

The family soon entered in disgrace. Fulco and Azzo died seeing their family crumble and both of the once beloved cities turned their back to the doomed leaders. Years later, Ercole D`Este (direct descendant from Fulco) funded one of the first family banks in Falleen. With his business operations he soon took over Mexxion, and the D`Este became unofficial leaders of the city.

The Bank D`Este was one of the most prosperous and most respected in Falleen. There are some estimates that the family was for a period of time the wealthiest family in the planet, apart from the King. From this base, the family acquired political power initially in Mexxion, and later in the wider Aguasha and Ry’aak. For the first time, the three cities were directed by the same D`Este count and the ruling house: the younger house of the Fulc-Este.

Ercole married Brassia Maculata and had six children by her: Dylan and his twin sister Isabella, Beatrice, Ferrante, Ippolito and Sigismondo. Dylan and Isabella are the official heirs to the nobility of his father.

Retrieved from "https://compedia.fandom.com/wiki/House_of_Este?oldid=10726"
Community content is available under CC-BY-SA unless otherwise noted.