The Noble House Turner traces its origins back to the planet of Kuat where the family dominated for hundreds of years before the Galactic Empire forced the House to flee Imperial controlled space. Turners have always been considered a noble and reputable family. Currently the House is strongly linked with ties to the New Republic. The House was previously linked with the New Anzat Order but that has now diminished. House Turner also had former associations in the past with the Hapes Consortium and the Galactic Empire.

The hierarchy of the House is outlined below as well as the blood related members and those that have pledged their loyalty to the House.

Concerning Husbands/Wives [*] A noble man of House Turner marrying a woman, said woman shall receive a title equal to that of her spouse. A noble female of House Turner marrying a man, said man shall gain a title two levels below that of his spouse. If the title of the female is Baroness, said spouse would get the title of Lord and should the family member have the title 'Lady' then their spouse wouldn't be honoured with anything but a knight hood.

No person granted a title via marriage will 'out title' that of a blood member even if their title is above that of the blood family member. 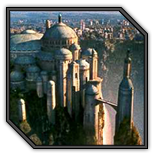 House Turner traces its origins back to the planet of Kuat where the family dominated for many hundreds of years. The Turner family was amoung the richest and most noble living on Kuat. They held great power and influence amoung government officals and those who served in the military. It was not until the Galactic Empire was forged that the Turner's influence on Kuat began to dwindle. Eventually the family was forced to flee all Imperial controlled territory due to the Emperor having ordered the death of all who were apart of the family bloodline. It was at this point that James and Michael Turner had been reuinted and rediscovered as brothers that they began to rebuild the House and return it to its former glory. The original Turner Estate on Kuat still exists however the family has now established its ties with the Naboo system and has established a new Ancestoral Palace and Estate on the planet of Hudriel.

At the height of House Turner's power on Kuat, the Order of Knights of Kuat was formed to provide protection, security and prosperity for the Turners. After the rise of the Empire, House Turner's influence and power began to dwindle and the Knights were slowly eliminated as the Turner's presence began to diminish. Eventually, Grand Duke Liam Turner betrayed his own family to save himself. All of House Turner's assets were handed over to the Empire which lead to the destruction of the House.

It was not until the reign of Grand Duke James Turner that the House began to thrive again. Upon fleeing the Empire and being free of the Imperial grip of death, House Turner was re-established on the planet of Hudriel in the Naboo system. Seeing a need to protect themselves and their newfound status in the universe once again, the Knights of Hudriel was formed in the same sense and traditions as the Knights of Kuat to provide a stable military force thats goal was the security and protection of the House.

Having reached the apex of its dominance, Grand Duke Michael Turner decided it was time to expand on the premise of the Knights of Hudriel into something more universal and formal. Turner Securities Limited was founded on Year 9 Day 300, not only to provide the traditional services of protection and security for the House, but for all sentients wishing to prosper from the benefits that House Turner can provide them with. No more shall House Turner sit idly by while the evil and tyrannical Empire slaughters innocent beings and terrorises countless individuals across the galaxy. Turner Securities is here to protect and serve those who value freedom, justice and peace and will not rest until the galaxy prospers under these ideals once again.

Retrieved from "https://compedia.fandom.com/wiki/House_Turner?oldid=19884"
Community content is available under CC-BY-SA unless otherwise noted.