Good evening all, my name is Trent Hackworth bringing you the most recent news from the Citadel Station Galactic New Service. 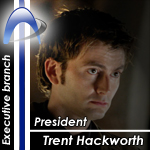 Our top story today is related to a government none other than the Hapes Consortium. As you all may already know, the Galactic Market, otherwise known as the “GM” and the first and only automated trading service of the galaxy was shut down by its owner an estimated 7 months ago due to personal issues. The galaxy had been without a galactic market for several months more until Centrepoint Station and the Hapes Government saw the chance and jumped on it in due time, designing and building two of their own respective galactic markets and brining them into public services on their databanks. Recent studies show that the Hapes Trading Hub is rather slow, and also un-secure, which may seem to be shocking news to those sentients that rely on the market to keep their finances safe. During the three months that the Hapes Trader’s Hub was in service to the galaxy it had been hacked seven times. Recently, though, the determination of a Noghri who goes by the named of Ezekiel allowed him to dig up the old Galactic Market files and restore them to their greater glory. Piece by piece, file by file, Ezekiel put the true Galactic Market back into service. We bring you good news here at CSGNS that the true Galactic Market is back up, and it’s still going.

Recent intel tells us that King Jessy James of the Hapes Consortium opposed the reopening of the true Galactic Market. It also saddens us to say that the respectful King James would go as far as hacking the Galactic Market. The following message was taken from a conversation between Jesfa Ackmin and King James. 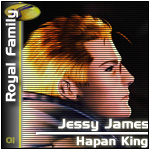 The follow message was not altered by the writers of CSGNS.

Year 7 Day 306, 13:52 : Message from Jessy James You _do_ realize i just have to ask traders to send me a screenshot of them right? On another note I can have my web crawler go over them in no time and get all the stats.. or i could ask niels for a db copy.. nning me isn't going to stop it if i want it. at I will offer you, is a -no advertising it- till ezekil is back, but if you insult me again i will have my members use every exploit on the gm, so be careful.

We apologize for the distortion of the message above, as our webmaster did their best to restore it.

This message shows that King James would feel free to take the Transfer Comments and Feedback features from the Galactic Market and would use them on the Hapes GM, despite that the Galactic Market had copyrighted those features. Ezekiel was on business during this time, so the GM Staff took what options they had and chose to ban King James and all other Hapes member from the GM until Ezekiels return.

One Ezekiel returned it was confirmed that he didn’t give King James permission.

That’s all the news for now, and we hope to see you next time.

This is Trent Hackworth, for the CSGNS, signing off.

Retrieved from "https://compedia.fandom.com/wiki/Hapen_Threatens_to_Hack_the_Galatic_Market?oldid=21067"
Community content is available under CC-BY-SA unless otherwise noted.