Daktal was born an orphan on the luxury planet of Dorin. As a ward of the government Daktal went from institution to institution as he got older, never really settling in to one place too long before the authorities shipped him off to his next home. The orphanages on Dorin were efficient; As each child grew up a standardized system of programs and simulations would teach it everything it needed to know from children's rhymes to advanced physics, ensuring each orphaned child a place and use in the universe. Daktal was no exception and he learned very quickly how to apply his knowledge outside of the orphanage. At the age of 10, he was considered mature enough to leave the institution without a chaperon and soon he found work doing odd jobs around the city.

It is uncertain why he had his extrasensory organs surgically altered. Some speculate that it was the love of a human woman. Other say it was an expression of rebellion, an attitude so common to Kel-Dor of that age. Whatever the reasons, at the age of 16 Daktal paid a surgeon to alter the sensory organs atop his head by lacerating them and grafting excess flesh in addition to chemically altering their pigment to black. The results are long, thick bands that protrude from his head much like Leku, only smaller. He has been known to refer to them as his hair. Unfortunately, this vanity cost him the use of much of his telepathic-like powers that are common to all Kel-Dor. This sort of "psychic isolation" made him an outcast in Kel-Dor society and very few of his race would socialize with him.

Around this same time, Daktal had found work with an independent shipping company. Many people referred to them as pirates or smugglers or privateers, but to Daktal they were his friends. He spent several years with them and eventually learned to pilot starships of all shapes and sizes. One member of the group, Morgan Hearst, had a large impact on Daktal. Morgan Hearst was a grizzled old fighter Jockey who had retired from the old republic military and was spending his waning years the way he saw fit. The human was taken with the young Kel-Dor and they became like father and son. Morgan taught Daktal everything he knew about hand to hand combat, survival in the wilderness, jury-rigging, and of course, space piloting.

One fateful mission had them transporting a rebel posing as a simple entrepreneur looking to seal a business deal with a prospective client. While on route, the empire had received word about the deception and moved to intercept. A long chase and firefight ensued. The disguised Rebel was killed in the fight and Morgan Hearst perished in an explosive decompression of the hangar bay. Devastated, Daktal escaped in a pod but went in the opposite direction the rest of his team took, eventually landing him on Bomcalanuir. He mourned greatly for the loss of his friend and mentor, and at the age of 20, Daktal took Morgan's Family name and became Daktal Hearst.

Putting his past behind him, Daktal found employ as a sort of personal body guard and security adviser to a man who had a spice mining operation on Bomcalanuir . Parker Giddulf had acquired a piece of property on the barren planet and had happened upon a deposit of Tibana gas. Borrowing money from rich relatives, he bought some equipment, hired some people, and set up shop. Within a few years he had made a small fortune and was looking to expand. Unfortunately the next deposit his technicians had chanced upon was bought out by another ambitious young man. Soon, another successful operation was competing for the gas on Bomcalanuir and the two outfits were at each other's throats. Daktal's Job was to train Giddulf's security team to prevent the attacks from the competing miner. Over time the conflict grew worse as the deposit wore out and the two companies destroyed each other leaving Daktal stranded on a desolate planet.

He spent the next year in solitude among the ruins of the destroyed mining operations until a passing trader picked up a beacon that Daktal had jury-rigged and forgotten about. Near mad from hunger and isolation, the crew of the ship and its passengers were afraid of the large Kel-Dor they had picked up. He harmed no one though, and after recuperating, Daktal hitched a ride on another ship and once again started life over. 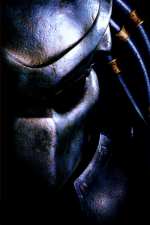 From the time he was rescued until he was 23, Daktal sold his experience and expertise as a personal bodyguard, a smuggler, a spy, a thief, a pilot, and all of his other talents to whomever would pay the most. Finally he signed on as a pilot for the Jugganoth mining corporation. He spent a year there transporting personnel in a cushy ship with a steady paycheck until his employee records were 'lost' and he was fired. After spending some time carousing with the money he had saved up, Daktal decided to turn a new leaf and make something of himself. After presenting himself to Deakon Jarvis, then the Ranger One of The Antarian Rangers, he was accepted into the Academy. He threw himself wholly into this new world and soon being a Ranger was what he lived for. Daktal Graduated the Academy with high marks and was soon promoted to an officer. During the Chaos after the fall of the Jedi Praxium Odessy, a member of the Ranger High Commission was murdered and Daktal was elected to take his place on the Commission and as Dean of the Academy. As Dean, Daktal reworked the entire training system into a streamlined understandable format that is the base for today's Ranger Academy. He trained and graduated several Cadets who went on to become prominent members of the Galaxy.

Daktal served the Antarian Rangers for several years in many different positions. When Deakon Jarvis retired and then Ranger Two Rhys Skywalker was called away on important personal business it left the Rangers in confusion. A call went out for a new Leader and with the aid and advice of Lord Garik Vordarian, Daktal stepped in and took over as Ranger One. As Ranger One Daktal was able to break down the walls in command to allow a more free exchange of information between divisions allowing the Rangers to work more efficiently. When he felt the Rangers had gotten what they needed most he ceded power to Liam Helmrow

and dissapeared into the Outer Territories. When he returned several months later he discovered Helmrow had turned the rangers into a true force in the galaxy, bringing out more of its potential than any other Ranger One before. Realizing he no longer belonged as a commanding member of the Rangers, Daktal retired to prospect for Outer Rim Excavations. He still acts as an adviser for the Rangers and still carries the rank of Captain.

Retrieved from "https://compedia.fandom.com/wiki/Daktal_Hearst?oldid=11158"
Community content is available under CC-BY-SA unless otherwise noted.