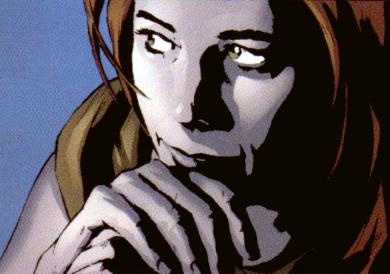 Balavan was born Laro Gann to the King Gace and Queen Maret of the planet Dynona. She was the first of four sisters. When she was two years old, her grandmother Txike Aro Du had a vision that the Tobrecan would take over Dynona and rest of the star system. They would kill every man, woman and child because of their extreme hatred of other races. Fearing what Txike said was true, Gace and Maret evacuated the people of Dynona. Knowing the Tobrecan would hunt them down Gace and Maret separated their children. They gave Laro to Txike because they felt Laro had a great power.

Txike renamed Laro Gann to Balavan Bobil and went to the planet Tatooine to raise her. Balavan never knew anything about her parents or sisters. However, before Txike died, she was told about them. Balavan join the Rebel Alliance, Seeker Army, and married Ken Jiu at 20 years old.

At 21 she quit the Rebel Alliance and headed toward Centrepoint Space Station (CSS). After a hard time in marriage she divorced Ken and gave birth to their daughter, Nimue Pylos Atalanta Jiu. At this time she reclaim her first daughter, Saveage Ryence Wenhaver Dra, that she gave up two years earlier to Kenar Dra, the childs father. They are doing great.

Retrieved from "https://compedia.fandom.com/wiki/Balavan_Bobil?oldid=13001"
Community content is available under CC-BY-SA unless otherwise noted.