During the Year 14, Day 105, on the planet of Kuat, the House Black-Granger. Being gifted with the name Araith, he was bred into a family solely under the laws of the Galactic Empire. Only knowing of his family being faithful to the Empire, Araith was taught in the top public school on Kuat, from learning the Galactic politics to the grammer and numerical systems used within the galaxy. Growing up on Kuat was a busy life, definiatly when Araith started his teen years and mingled with the popular posh peer group in Kuat's educational system. Living a life of luxery, with looks which attracted many girls, Araith was having a posperous life during his childhood and only himself could mess it up. Upon graduating the public school with many top grades from politics to physical education, Araith had to make a choice between two routes that he wished to take. One of these routes, led to the political side of careers, which would see him enter the galaxy as a clerk and slowly work his way up into a senator's office or possibly become one himself. However the other route that had seemed to take a interest within him, was the military side of careers. This career tempted Araith more as he learnt about the possibilities he could overcome within the profession, from travelling to foreign planets, to fighting for a cause within the galaxy. Being a lad of great stamina, health and physical appearance, as well as applying the brains to his work, Araith chose to enlist within the military academy upon Carida, the homeworld of the treacherous Stormtroopers who filled the Galactic empire's army. Telling his parents his choice he made, he said his farewells and ventured on the journey to Carida to enlist into one of one most elite academies in the galaxy.

Several months had passed since Araith's enrollment into the military academy on Carida, though still Araith had not changed from his teens. Still becoming a popular lad with the peer groups within the academy, his sport to chasing girls about still shun inside him. Every week, he would have a different girl at his arm, showing off his good looks to everyone who even glanced at him. As he started to enter the stages of early adulthood, he started to become aware of partying most nights with his dorm, and during the parties he would flirt he way across the room. However even though his partying behaviour was at a high, his grades within the academy never changed and stayed at the best possible grades he wanted to achieve. Applying theory and practical knowledge to his work, Araith passed all final exams in the academy after the three years he had endured at Carida. Gaining honours and a offer at within the Galactic Empire army, Araith had an offer he couldn't refuse. Though with a gut feeling, he turned away the offer and departed from Carida with his education completed, and was now deciding what he wanted to do. Hearing about his cousin's redrawal from the Empire, Araith decided he wanted to know more of what was happening to his father's side of the family, after hearing his cousin's success within the Galactic Empire army. Travelling back to Kuat, Araith took it upon himself to contact Greg Black-Granger, his oldest cousin... 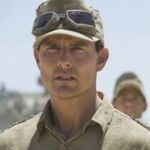 Waiting for several days, Araith got the response he wanted and was contacted by Greg by holomail. Learning of his defect to the New Imperial Order, after being messed about within the Empire. As Araith asked more about the NIO, he became more empowered into joining this government which opposed the Empire so much. Learning about his cousin's success within the NIO and his recent promotion, Araith was persuaded into joining the NIO and was particular interested in the Intelligence side of operations in the government. However, to join such a department would acquire such trust and loyalty to the NIO. So instead of joining the Intelligence division straight away, Araith tokk it upon himself to enlist into the Navy forces of the Order. Getting in touch with his cousin, he found the Order's recruitment officer and told his interest in joining. After a short while of waiting around, Araith joined the NIO and begun his career...

Service in the Galaxy

Setting out into the galaxy, one must wonder what pleasures the galaxy has to offer to two orphaned brothers during a Galactic Civil War? Many would believe these two brothers would venture into taking up arms for the Galactic Empire, or fight for the Rebellion. Many may thought, that they would be recruited into a paramilitary and gain their respect and honour that way, in the galaxy. Though one of the brothers, Araith decided to take a different route and ended up at the Diversity Alliance, a small religious group set out within the galaxy, to spread the teachings of equality between each race. Joining the security division of the Alliance, helping protect assets, members of the Alliance, Araith was loyal to his command and took every order without heistation. Becoming a follower of the Alliance, Araith set out to spread the teaching himself while on security assignments, to which ever planet he came across. After some long awaited time, Araith found himself leaving the Alliance to go onto a greater cause within the galaxy. Learning of his cousin's success within the New Imperial Order, he took it upon himself to follow in his cousin's footsteps and join the NIO Navy forces.

Aspects change, and so does the mind of this young Black-Granger. Shortly after realising following his cousin into military service was a bad idea, he decided to walk along the lines of giving his knowledge which he learnt in his days within the academy to his advantage. Wanting to become a teacher at a government educational adacemy, he started to check various places and came across the Anzatan Commonwealth with its job opening of Director of Education. Applying for this position, it only took a small number of days where he got a reply, and upon opening this letter Araith knew he will be spending his future at the Commonwealth after being accepted into the position. Travelling to Commonwealth space, Araith entered the service of the Commonwealth in education and started to organise a academy for the new and old members of the Commonwealth.

The meeting of the Black-Granger family

The meeting of the Black-Grangers... 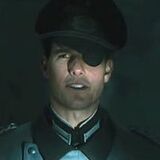 Being a man of tall statue, Araith wears a suit to show his wealth and superiority to the public around him. Though being known as a wealthly man, he also tends to wear some clothing from his casual wardrobe. This comprises of a cotton top, jacket and jeans, which he wears on his visits to the troops on the battlefront. Araith is very open about his opinions on various subjects throughout the galaxy. With his quick thinking, he can answer any question which is thrown at him, making him a great leader. Generally being a quiet man, he can speak his mind in a very loud manor to his superiors. Though many people have never seen his full upper body, it has been known that he has a tribal tattoo drawing up from his torso to his shoulder, which then runs down his shoulder blade and to the bottom of his back. Attended a top public school on Kuat, while learning at home the tips of engineering. After graduation, Araith went onto a Imperial Military Academy on Carida. Araith likes to survey the wildlife of many planets he encounters, from the desert of Tattonine, to the jungles of Dagobah. During his secret visits to his homeworld of Kuat, Araith will occasionally will go to the lowlife areas of the planet and gamble on Bantha races, etc.. Being a man of art, Araith likes to visit the drama theatres on Kuat. During his early adulthood, he was inspired by many great actors and could of gone towards a more subtle role within the galaxy, becoming a top actor within films and shows across the galaxy.

Retrieved from "https://compedia.fandom.com/wiki/Araith_Black-Granger?oldid=16654"
Community content is available under CC-BY-SA unless otherwise noted.