During the Year 14, Day 105, on the planet of Kuat, the House Black-Granger. Being gifted with the name Araith, he was bred into a family solely under the laws of the Galactic Empire. Only knowing of his family being faithful to the Empire, Araith was taught in the top public school on Kuat, and later on enlisted into the Military Academy at Carida. During his time at the academy, Araith was preceeding his target grades, however showed a resistence against the obedience system and was sanction more then once in a term at the academy. Upon graduation he strayed towards working with his dad at the firing ranges on Kuat, where newly trained stormtroopers would go to pass their firearm act. After learning a distent cousin of his enlisted into the Galactic Empire Army, Araith was even more encouraged to enlist himself and fight alongside his cousin on the battlefronts. Upon his 18th Birthday, he was heading towards a recruitment when he heard of his cousin defect...

Service in the Galaxy

Setting out into the galaxy, one must wonder what pleasures the galaxy has to offer to two orphaned brothers during a Galactic Civil War? Many would believe these two brothers would venture into taking up arms for the Galactic Empire, or fight for the Rebellion. Many may thought, that they would be recruited into a paramilitary and gain their respect and honour that way, in the galaxy. Though one of the brothers, Araith decided to take a different route and ended up at the Diversity Alliance, a small religious group set out within the galaxy, to spread the teachings of equality between each race. Joining the security division of the Alliance, helping protect assets, members of the Alliance, Araith was loyal to his command and took every order without heistation. Becoming a follower of the Alliance, Araith set out to spread the teaching himself while on security assignments, to which ever planet he came across.

The meeting of the Black-Granger family

The meeting of the Black-Grangers... 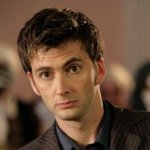 Being a man of tall statue, Araith wears a suit to show his wealth and superiority to the public around him. Though being known as a wealthly man, he also tends to wear some clothing from his casual wardrobe. This comprises of a cotton top, jacket and jeans, which he wears on his visits to the troops on the battlefront. Araith is very open about his opinions on various subjects throughout the galaxy. With his quick thinking, he can answer any question which is thrown at him, making him a great leader. Generally being a quiet man, he can speak his mind in a very loud manor to his superiors. Though many people have never seen his full upper body, it has been known that he has a tribal tattoo drawing up from his torso to his shoulder, which then runs down his shoulder blade and to the bottom of his back. Attended a top public school on Kuat, while learning at home the tips of engineering. After graduation, Araith went onto a Imperial Military Academy on Coruscant. Araith likes to survey the wildlife of many planets he encounters, from the desert of Tattonine, to the jungles of Dagobah. During his secret visits to his homeworld of Kuat, Araith will occasionally will go to the lowlife areas of the planet and gamble on Bantha races, etc..

Retrieved from "https://compedia.fandom.com/wiki/Araith_Black-Granger?oldid=16343"
Community content is available under CC-BY-SA unless otherwise noted.