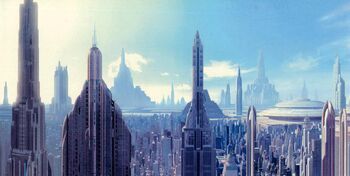 "Imperial growth on Coruscant is encouraging and bullish," Minister Vero Thrawn told a press conference. "I am pleased that our initial expectations, though slightly delayed, have played out in reality."

"We don't want to try and make political capital out of this success and make inelegant, sweeping generalisations about the success and future of our state like some other Galactic states do," explained Thrawn, "that sort of thing makes for tedious reading. This does however indicate the ongoing profitability of the Galactic Empire and the continuing economic opportunities for companies willing to invest." 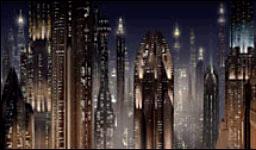 His Excellency Emperor Vodo Bonias, who has been on morale-boosting visits to Imperial forces stationed in far-flung regions of the Galaxy, paid tribute to the men and women involved in orchestrating the booming economy. "These kinds of successes are only possible because we have strong, intelligent officials. This is something for the whole Empire to be proud of; for everyone involved to feel enfranchised by. Together, we all make the Empire stronger. And stronger. And stronger."

The announcement comes after several recent high-profile news items regarding the Empire's new concentration on economic sustainability. Despite the negative impact of hostile self-interests in the Galaxy on the Emperor's New Economic Initiative a month ago, the Empire's own economic infrastructure has continued to grow and strengthen. War may prove to be expensive for some, but not, it appears, everyone.

The Ministry Loves You.

Retrieved from "https://compedia.fandom.com/wiki/An_Economic_Superpower_-_Year_7_Day_127_14:30?oldid=9143"
Community content is available under CC-BY-SA unless otherwise noted.